The school was designed to prepare boys for entrance to selective schools, chiefly the "public schools" of Great Britain and Ireland. This preparation was intended to be much broader than the passing of exams: the aim was to mould character humble and sturdy enough to endure the hardships of life, and bold and resourceful enough to take action to lessen those hardships, especially for others.

Whether critical or supportive of the intentions of the founders, many felt that the main business of the school was to achieve success in exams: Eleven-plus, Common Entrance and Scholarship. Old Leasians of all periods, however, highlight the fulfilment they found in a wide variety of extra-curricular activities.

In their role as substitute parents, the school's teachers applied criticism and discipline; sadly some of that criticism and discipline was ill-tempered over-reaction, occasionally further tarnished by victimisation (and its opposite: favouritism). In those days, teachers (and parents) had scant knowledge of or access to behavioural training. Thankfully it seems there were always moderating influences at The Leas, unobtrusive though they may have been. 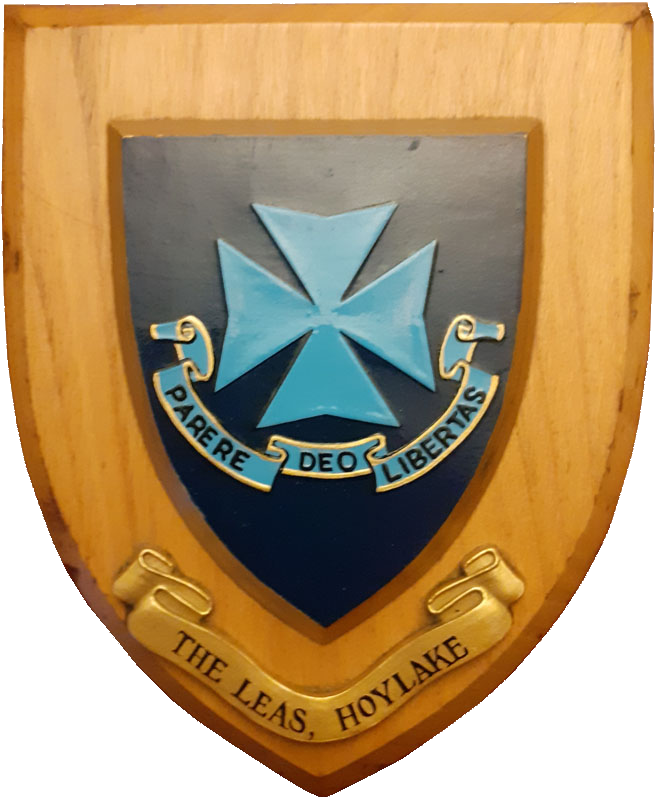 The School Motto and the School Song

The School Song is the school's mission-statement, based on the school's motto Deo parere libertas. This Latin phrase is from Seneca's De vita beata xv 7; it can be taken either as "to obey God is freedom", or (more prescriptively) as "freedom is to obey God". The song translates the Latin as "freedom to do the right", sounding more like encouragement than prescription.

The words of the song are probably by Percy Stovin Dealtry (1867-1938), who founded the school in the 1890s with co-founder Charles John Henry Barr (1870-1939). The aspirations seem acceptable over 120 years later, though the "straight square game" is no longer fashionable, and some of the language is quaintly dated (eg "licked" for "roundly defeated").

The School Song was sung only once a term: at the end of the School Concert (Christmas Term and Easter Term), or after the end-of-term Prizegiving (Summer Term).

The School Hymn is more militaristic. The Soldier's Watchword is a marching hymn, a hymn to strengthen courage in the face of adversity; it was first published in about 1902, words and tune by Norman Robert Ottiwell Gifford Bennet (1867-1961), an Anglican priest of the Church Missionary Society. The words and the music are simple, verging on dire.