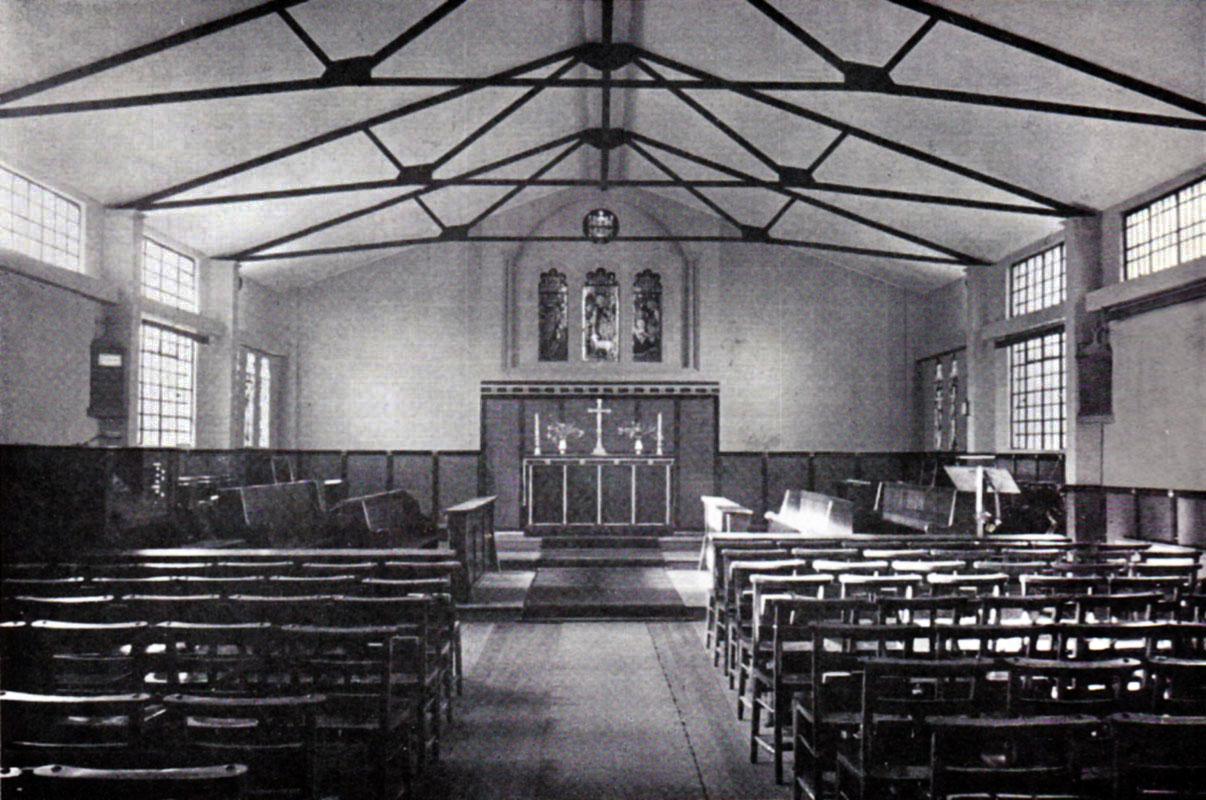 the first Sunday service was held in the Chapel on 12 December 1948
before that, morning and Sunday services were held in the Dining Hall
the Chapel was a gift to the school from the RAF,
who had requisitioned the whole school 1940-45
the Chapel was a conversion of the RAF's gymnasium,
fitted out with stained-glass, altar, choir-stalls and seating
the Chapel was dedicated on Monday 7 March 1949
these panels were lit from behind by fluorescent lighting, so they shone even for winter Evensong
Henry Silcock and
Margaret Alderson Smith
were married
in this Chapel
11 August 1955
Charles Silcock
was baptised
in this Chapel
10 May 1959
the choir-stalls were found by Henry Silcock in a henhouse
→
ENTRANCE from the gym
the altar was, unconventionally, at the west end of the building


this allowed double doors to be placed at the eastern end of the building, convenient to the back entrance to the school
↓  ↓    ↓  ↓
panelled pulpit added HERE